John Sullivan, Executive Director of the Free Software Foundation, published a short, but to the point piece this month going out on the front page of the FSF's Fall Bulletin. The piece, titled Building ethical software based on the four freedoms is a rebuttal to licenses like the NPL, CNPL, Hippocratic, and others which seek to leverage licensing to ensure the preservation of Freedoms at the usage end of software. Understandably a bit shaken by an attack against what is likely a large part of what draws people to the cause of "Free Software" to begin with the prominent position of the piece on the Bulletin and its defensive tone makes one thing clear. The Free Software Foundation as it currently stands will not be concerning itself with Freedoms beyond developer and user Freedoms in software. In my previous post on this blog as well as on the webpage for the NPL itself I explicitly spell out some major ethical and social concerns inherent to taking this "middle of the road" stance on Software Freedom. What I want to talk about in this post is where this unwillingness to do anything comes from (aside from obvious violations of "freedom" 0) by dissecting a few key statements from John Sullivan's piece as well as addressing the counterproposals set forward and why they are insufficient compared to subverting the otherwise unjust powers of copyright against itself in classical copyleft fashion.

John Sullivan's piece is full of a few gems which don't really make sense, and I'll look at why they don't, but I think it is important to also take a wider look at why the FSF, as a non-profit concerned about its donors, is unwilling to make this extra step.

As a movement of ethically concerned human beings, we want to do everything we can to encourage ethical behavior. But embedding that desire in software license requirements will backfire, by legitimizing fundamentally unjust power over others.

Well this one is pretty rich coming from the people who promote such aggressive licenses like the GPL and AGPL. Care to look in the mirror? Have the GPL and AGPL legitimized the fundamentally unjust powers copyright was designed to protect? Any FSF supporter would give a resounding no to that question, me included. In fact, criticizing these licenses from such a similar position to begin with is strange, surely Sullivan is not really concerned about this alone. And reading ahead a bit more we start to see his actual concerns.

And here begins the slippery slope, just like the one all the BSD people have used against the FSF, they're now pulling out a trick commonly used by their old friends who let megacorporations like Microsoft and Apple wield their code against users...

To allow more than this allows not just restrictions for good, but restrictions like, "you may not use this software to publish criticisms of Microsoft."

...Would the next step be using Digital Restrictions Management (DRM) to enforce the usage rules?

And of course, once again, similar criticisms could have been hurled against the FSF just a decade ago. "How do you ensure that people share their modifications without monitoring their code changes?" and the like are old hat slippery slope arguments used to demonize licenses like the AGPL as somehow being the first step towards Big Brother. So what about the AGPL then truly makes it not an intrusion, but for the social and ethical good? Intention and enforcement practices, of course. The Free Software movement has plenty of experience of where hostile attempts at GPL and AGPL enforcement tend to go, into lengthy corporate lawyer battles causing years of development delays and fostering hostile sentiments. We've long ago learned to be more lenient and cooperative in licensing enforcement and complaints for GPL and AGPL violations because as Bradley M. Kuhn says, "99.999% of GPL enforcement matters get resolved without a lawsuit" arguably due to this approach. You can make many arguments as to why such an arguably invasive license often meets so little resistance, but I think it is because at the level of the license's intention the request being made is not too unreasonable. The Software Freedom Conservancy doesn't use DRM or immediately launch into aggressive lawsuits because the intention of the license is to promote Freedom and Cooperation, not bickering and attacks. So no, with absolutely none of the licenses Sullivan is attempting to rebuke there is never an intention by the license to turn into a hostile megacorporation compact like a huge EULA that will come after you with armies of corporate lawyers if you refuse to comply. These are just regular people making simple requests about the ethical use of their software. In fact, most people comply with licenses out of the box, some even get too scared to use a license because of its terms, so avoid it entirely (ex: Google with the AGPL). This is probably why there are so few violations to begin with, and I think we can all agree that is a good thing, because almost nothing good has ever come out of forcing compliance (notable exceptions being projects like OpenWRT). These new licenses are all essentially using the same exact enforcement strategy that the FSF uses, like insects with spines and wild colors they keep violators (predators) away to begin with! Similar to the above point, this is more hypocritical nonsense cloaked as a more serious concern.

A world of proliferating and potentially conflicting usage restrictions, each seeking to address a different social cause or need, would introduce so much friction that the tremendous democratic social benefit brought about by the free sharing of software – including the empowerment of individuals to effect social change in unjust institutions – would be undermined.

So I suppose this handful of licenses is all too confusing and really just undermining the cause by sheer variety and numbers? Well then why exactly is there not a problem with around 53 different GPL-compatible Free Software licenses alone, not even including Free Software licenses incompatible with the GPL? It is not at all confusing, because in fact, they are all identified with an intent and a movement, common goals for ensuring reciprocity and user freedoms! And so it is the same with all the new licenses including the GPL, they just additionally ensure extra protections for anyone the software is used on. It really is not all that confusing, the goal is all the same, just phrased a little differently, and once again Sullivan is a hypocrite to throw out such a critique when it is precisely the same with the movement he is supposedly in charge of directing. On top of all that, I think it is pretty rich to hear concerns about fragmentation of priorities coming from the FSF which can even find space for anarcho-capitalists with their bitcoin fetish.

So no, the issue was never any of the listed concerns, the issue is marketing the cause of "Software Freedom" from the perspective of being a nonprofit as being profitable for any application regardless of the ethical ramifications. Holding out hope for military-industrial complex money for your GNU/Drones, eh? Oink Oink!

So What Does John Sullivan Propose Instead, Being So "Concerned"

Well in the above piece John Sullivan comes off as a bit caught off guard, repeating the same old "non-free" versus "free" rhetoric with not much in the form of constructive advice on where the movement should go in response. However, in the heat of the moment it appears a few desperate possible solutions get to be torn apart by me, so I'll try to keep it short here with replying to this nonsense. (Warning: The next few responses contain extreme sarcasm)

With the ground rules of free software as the baseline, anyone can build systems to specifically promote ethical use.

... We already have some such systems. For example, the FSF's Respects Your Freedom certification program...

For those reading this who are unfamiliar, the Respects Your Freedom (RYF) certification program is a program for certifying hardware products as only using entirely free software with a few additional requirements such as excluding those that are used to spy on their users. In order for something to be Free Software, however, it doesn't have to run on RYF-certified hardware from any such vendors, rendering this whole process entirely optional. So unless the FSF can get some nice promotional material out of it (cue Sarah McLachlan - In The Arms Of An Angel) and see some benefits within its already established framework through an entirely optional process to avoid alienating donors, sure! Ethical Capitalism to the rescue, right kids? I mean, it isn't like a certification program can actually prevent code from being used in a certain way, which is say, harmful to others. Geez, that almost makes it sound like a license would be better to absolutely ensure mandatory prevention of harm by software but lets not stray too far over there, lest we alienate corporate!

Software engineers could also develop and propagate a code of ethics, the way other forms of engineering have.

I'm sure the fine folks working at Northrop Grumman, Raytheon, and Lockheed Martin would agree, seems to have worked for them. Actually, what are those other names I saw on the previously linked list of the top 25 U.S. Defense companies? Computer Sciences Corp, Hewlett-Packard? It is almost like many software engineers are already complicit in causing physical harm. Well, I'm sure we'll be able to change their minds by giving them a code of ethics on a handout, so no biggie!

And, we've seen company tech workers organize together to refuse to make certain kinds of software; they could do more of this.

Alright! Here we go! Now we've got something! I agree Mr. Sullivan, we need to organize the working class within the tech community to stop this bullshit. I'm glad you have granted us your thoughts and prayers! At this point though, with your suggestions bouncing all over the place, I'm not sure we at the party can truly accept your kind words as coming from a place of genuine concern.

See! I told you I would keep it short. I won't ramble on much longer. But just to close: The Free Software Movement does important work with varying levels of ethics, though generally remaining fairly grounded in not murdering people. I do not think it is too constructive to focus critical effort towards the community, but rather towards its institutions (its clearly more fun, anyways). We do not need donors to know what we are doing is right, and that's why we license for ethics and justice. So I would implore you if you are also fed up with this obvious nonsense, join us! And no, there's no mailing list yet, just a loose-knit community on the various federated networks. You can reach out to me at least on the fediverse. We still need a name for our cause to differentiate it from this above silliness, so maybe you can make a name for it yourself. So on that note...

Best Regards to My Fellow Traitors of the Free Software Party Program, 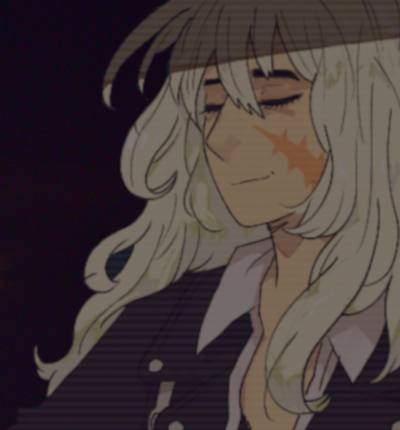